A Slice of Life with Cari Jordan 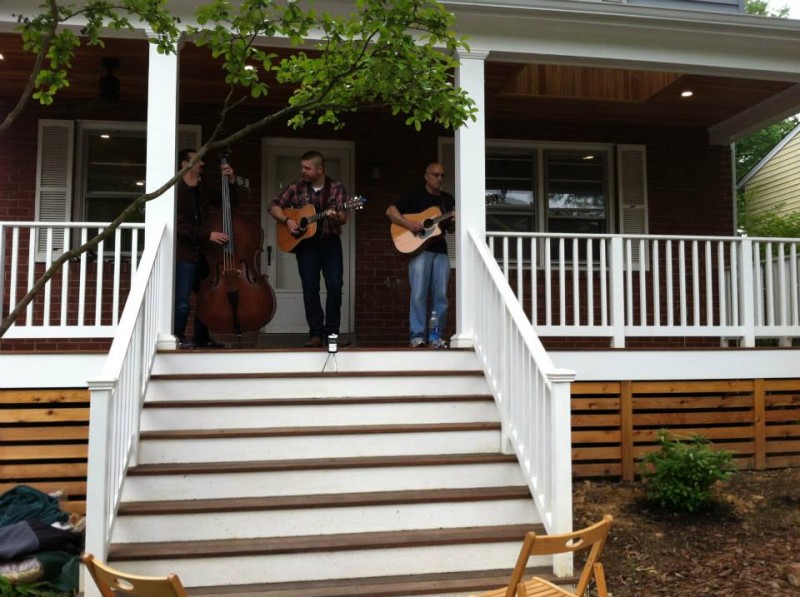 I was fortunate to have attended Georgetown Visitation Preparatory School. With only 96 girls in my graduating class, we were afforded the opportunity to become personally acquainted with fellow classmates and many strong friendships were forged. With the advent of social media (Facebook and Twitter) some 20+ years later, I have remained connected with my former classmates in a way that is often difficult through more traditional social circles. Through Facebook, I know who has married, moved to a new home, grown a family, and started a business.

MaryAnn Ryan, founder of the Takoma Porch Music Festival, is one such classmate whom I’ve remained connected with through Facebook. I wanted to learn more about this festival and its origins so we met for coffee and I interviewed her for my “Slice of Life” series.

MaryAnn came across the Somerville, MA Porchfest in May 2012 and immediately thought, “I need to bring this kind of festival to Takoma Park.” The second annual Festival was held in May 2014, and was about the same size as the first; there were approximately 40 musical acts on 20 porches. Music acts offer to perform and/or a homeowner would like to host a music act, and the Takoma Porch Music Festival puts them together! This year, the Festival had the support of Whole Foods and the Old Takoma Business Association; they haven’t done a huge amount of fundraising previously but that will probably change next year.

“Takoma Park/Carter Barron; I was born and raised in Kensington MD. After many years out of the area, I gravitated to this area because it is so artistic. It has a large music scene.”

“The local Republic Restaurant Open Mic Night. I can’t catch it every Sunday because I work on Sunday evenings, but I like to make it to as many as possible. It is mostly music but there’s poetry or stand-up performances, as well. It is 9PM-12AM on Sunday nights.”

#3 – What is the restaurant that makes you feel most “at home”?

“These days I don’t go to too many restaurants but I love it here, at The Capital Cheesecake.”

“I am all about a cappella. Not really country but more of a country/folk/kings of country. There is a group called “The Secret Sisters” that I love. I also love Johnny Cash, Emmy Lou Harris, Alison Krauss. That is what I am into right now, very acoustic music.”

#5 – What is your favorite type/genre of book to read?

“Right now, I am enjoying science stories. I am a pretty ‘out’ Atheist. I am into skeptical thinking. Authors I am enjoying are Neil Degrasse Tyson and Christopher Hitchens.”

#6 – Aside from food, water, and shelter, what is the one thing you would not be able to live without?

“MUSIC. For sure. I have thought about this. I would rather lose my sight than my hearing.”

#7 – What is your secret to having a successful business?

“Well I don’t know what my secret is (see ADHD comment!) because I am not earning money for this. However, for me I think being a really open and gracious communicator is key.”

#8 – What is the best-kept local area secret that you want people to know about?

“There is a little coffee shop on Kennedy Street that just opened and it is a really lovely little place.”

#9 – Situation, it’s a gorgeous day you have the day off. Tell me about the ideal schedule for the day.

“Practicing music. Learning harmonies, sitting at my piano and making music. And working on my blog. I have an ADHD Blog that I started. I think it is a really good blog and I am proud of it. I did it for about two years and took a break but I am starting to get back into it again.”

“Strawberry/Rhubarb but I, also, love apple pie with a cheddar cheese crust.”