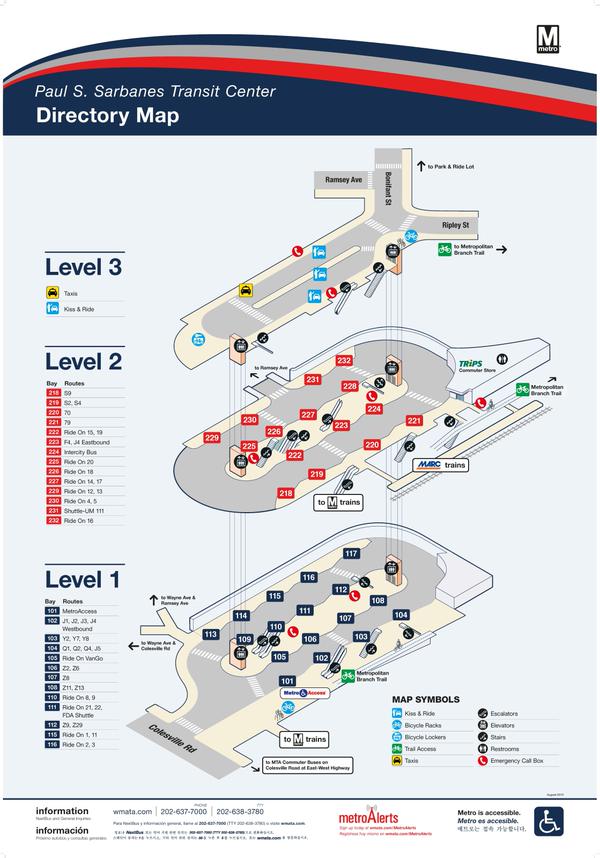 The Silver Spring Transit Center will finally open this Sunday, September 20th. Buses will begin using the new facility at 4am on Sunday. Much-delayed and over-budget – there’s no ribbon-cutting planned. “No pomp and circumstance. It will just open,” said Metro spokeswoman Sherri Ly told the Washington Post.

The transit center will be a major hub connecting local, regional and commuter buses to Metrorail and eventually the Purple Line.